And It was in a publication in  Monthly Notice of Royal Astronomical Society that scientists at Ohio University reported their discovery on April 21 of this year. Extremely modest in size, three times the mass of our Sun, it is located 1,500 light years from our planet and is therefore also part of the Milky Way. 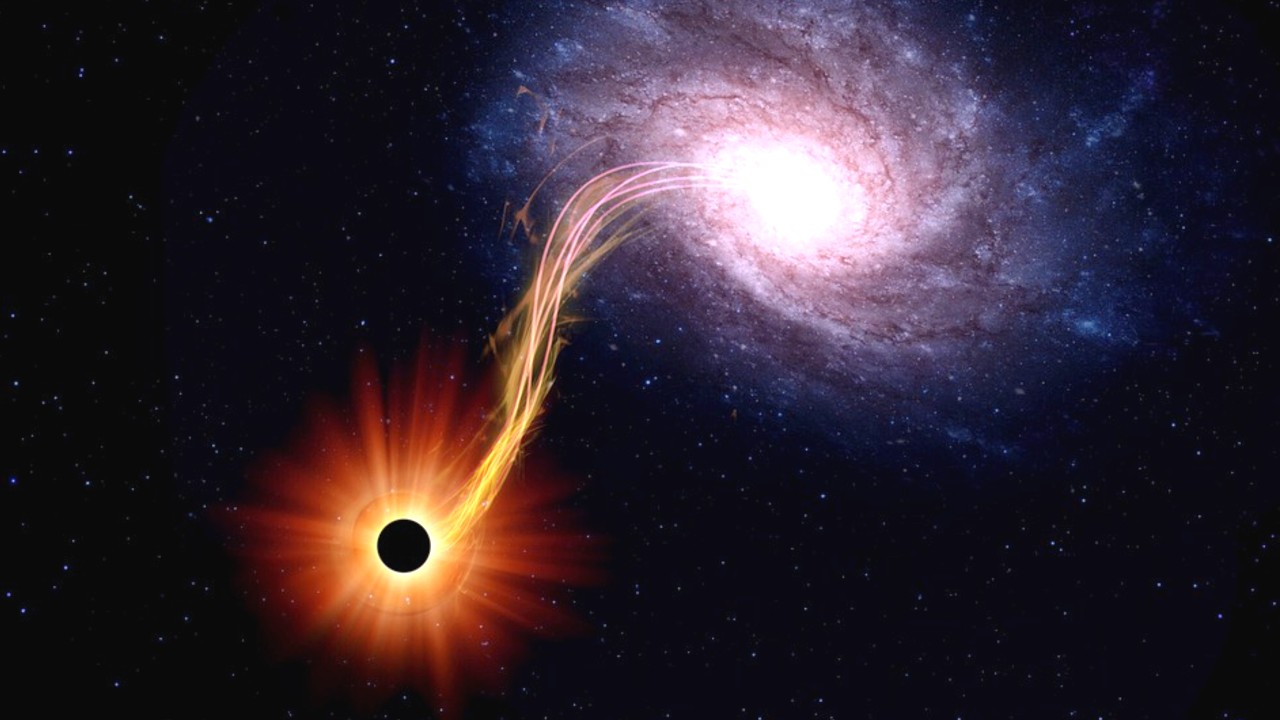 The team decided to name this black hole “Unicorn” because of its unique appearance, but also quite simply because it is part of the constellation of … the unicorn. A fortuitous discovery for Tharindu Jayasinghe, since “when we looked at the data, this black hole – the Unicorn – just appeared,” he says.

THE DIFFICULTY OF OBSERVING A BLACK HOLE

Observing a black hole is extremely difficult for scientists, because by definition, the gravitational force of a black hole is such that nothing can escape, not even electromagnetic waves.

Scientists were able to take the first image of a black hole in 2019. This photo, taken using eight telescopes around the world, shows how scientists are observing these invisible masses.

Indeed, if observing a black hole is impossible directly, detecting them thanks to their interaction with the surrounding matter remains feasible. So last month, an explosion of gamma rays indirectly detected an intermediate black hole.

While observing a massive black hole is difficult enough, finding one that just exceeds the critical mass needed to form a black hole is almost impossible. In theory, a star must leave a core with a mass greater than 3.3 solar masses in order for a black hole to form. Scientists were able to determine from their data that the Unicorn must have a mass of less than 5 solar masses, which leaves a very small window and makes it the smallest black hole detected to date.

As with other black holes, the Unicorn could be detected thanks to its impact on the surrounding environment. When analyzing data, scientists noticed that something was changing the brightness of a red giant. But the instruments found nothing orbiting this star.

By further investigating, the scientific team was also able to note a deformation of the red giant resembling the effect of the Moon on our oceans. After long research and extensive analysis, they finally had proof that “mini” black holes exist when their presence was only suspected until today.

After the presence of intermediate black holes has been demonstrated, it is the turn of black holes at the limit of critical mass to have their existence confirmed. Todd Thompson, co-author of the study, hopes that discoveries of these small black holes will multiply in the near future.

How to compress a file that is too large?