The class of figures

It’s back to school day, in the numbers class. The teacher asked each of her students to prepare a short text to introduce themselves. They should now read it in front of the other students. 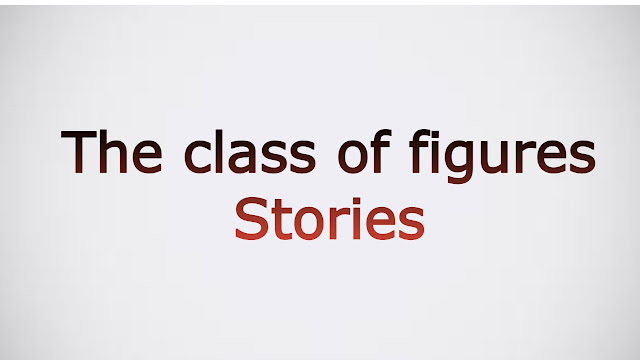 Nine begins, declaring: “I only wear new, never second-hand clothes! People like to talk about me when they ask for news. That’s right, everyone always says, “So what’s up?” It might be, because they know I’m a little feline with my nine lives. “.

Then Six volunteered: “I’m Six, but not that stupid, so no need to call me a sausage.” “. The teacher coughs and asks her to be serious. He nods and tells her he’s going to be careful, because his sixth sense tells him he’s going to end up six feet under, if he continues his nonsense. He then goes off to sit down, before she has time to scold him.

Three is voluntary. He begins by explaining that he is very good at multiplication. When the teacher asks him why, he replies that: “If you multiply me by nothing, you already have something!” “. Seeing her puzzled look, he said to her: “Ma’am, three times nothing is already something! “. She rolls her eyes and sends him to sit down, but Trois still has something to say: “I might not be the tallest in the class, but watch out, I can fight! There has already been the Trojan War! “.

Quatre succeeds Trois on the board. He explains that he is a very popular person since he is known all over the world. He adds that you don’t have to cut your hair out of thin air to be his friend, but you have to be careful because he likes to tell people his four truths.

It’s the turn of Two to come forward to speak: “You will never see me without Three: we are like the two fingers of the hand. Otherwise, I’m a Cartesian, who always has both feet on the ground, even though I sometimes swim between two waters and burn the candle at both ends. “.

Five steps forward to talk. He lifts his hand up and says to the teacher, “Hit me five! “. She replies: “One more intervention like this and you will be punished.” Did you get me five out of five? “. Sheepishly nods and simply says not to be considered the fifth wheel of the carriage in the classroom.

Eight jumps from his chair to introduce himself. He loves the eighth art of television. Later, he hopes to become the eighth wonder of the world, so that he doesn’t have to work eight hours a day. He already dreams of infinity, when he goes to bed at night, at eight o’clock sharp!

The shy One succeeds him: “I’m still number one!” I’m always the one on the front page! It’s true that I sometimes have a hair in my hand, but you will never see me take one step, only to take two! “. The teacher sees that Deux sticks out her tongue at her, but does not pick up because One provoked her.

She now asks Sept to come and read her little text. Seven does so, but doesn’t speak right away. He then explains that he has the habit of turning his tongue seven times in his mouth, before speaking. Seven dream of traveling by boat, to travel the seven seas. He doesn’t like mirrors, which can bring seven years of bad luck, when they break. On the other hand, he loves the cinema.

The teacher asks if everyone has passed by. Six bursts out laughing, saying it’s just like, because “There is only Zero left, which sucks!” “. The teacher scolds him: if he wants to build numbers next year, he will have to learn to work with all the other numbers.

She asks Zero to come to the board. Zero approaches, but immediately returns to his seat. He says Six is ​​right, that no one wants to be a triple zero.

The bell rings. The teacher tells the students that they will continue tomorrow. However, she is worried about Zero and asks him to stay. Zero is visibly sad. He explains to her that it’s not easy every day to count for zero and that you end up having zero morale.

The teacher smiles at him. He doesn’t realize it, but he’s going to do great things. Without him, for example, Ten would not exist, nor Cent. He is going to be the one who will separate the numbers into two categories: the positives, which will be greater than him and the negatives, which will be inferior to him. He will also set rules for division: no one can ever divide by zero. The teacher also explains to him that he will always win in multiplications, because any number multiplied by zero is equal to zero. Zero seems to be smiling again. To make sure he never gets low on morale again, she tells him that he will quickly become very good friends with One, since without them no computer could run.

Zero is reassured. He understood that just because other people think you are worthless doesn’t mean that you are less important than them. He thanks her and goes out to have fun with the others. The teacher also smiles. “It promises when they go to do numbers!” “