There are still some magical forests. The one I’m talking about knew Mélusine a few centuries ago. It has resisted all the invaders, from the lords of the Middle Ages, great builders, to the real estate developers who succeeded them in modern times. On a very clear day, birds perched on the larger oak trees can glimpse the sea in the distance. 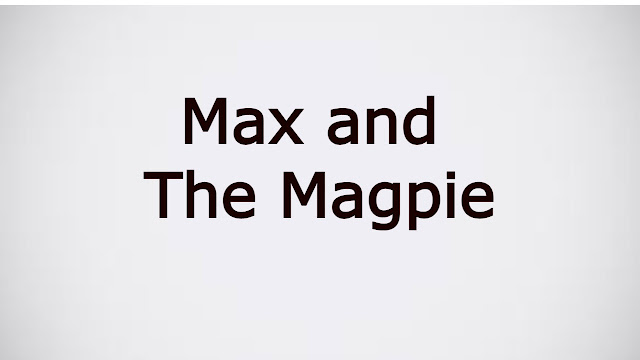 I witnessed more than one wonder there, I don’t know if you’ll believe me.

One day, it’s a doe that flew away to escape poachers, another day it’s a rabbit that turned into a dragon to scare away robbers, yet another time, it’s a deer and all his family, transformed into frogs, who found refuge in the only water lily of the stream… while waiting for the pack of dogs and hunters to disappear.

But the story that interests us today is that of a little magpie … very ordinary?

Not really: endowed with a superpower since birth, she doesn’t croak like other magpies, in fact she sings like a chaffinch, and when she sings, she grows pretty flowers with every note. In the forest, not everyone likes it.

And especially not to the other magpies who say she “is smart.”

Little by little, jealousy grows in the hearts of her friends who never come to look for her again to play or quite simply to hover in the woods.

So our little magpie, a little sad, decides to go discover the vast world on her own …

For a magpie, the wide world is not necessarily very far from elsewhere … over there the village steeple is like Everest! you know magpies are curious, our friend is longing to see the bell up close.

There was in this pretty little village, Max, an even sadder little boy; with one leg in a cast. He must have been bored for hours in his chair … it was a long time to wait for recovery, all his friends were in school and he was out of patience …

It was even worse on Wednesdays, he usually had football!

And there, while his friends struggle and brawl to juggle the ball the longest, he contemplates the sky from his room. No more dribbling, no more shots, no more triangle or diamond formations… nothing, nada, but the sky to contemplate and those stupid clouds that don’t even hold their shape for long when by chance one of them imitates a fantastic animal or a funny ghost.

Suddenly, as he opened the window to get a better view of a beautiful rainbow, he saw the little magpie fluttering in the distance; ah, that for example is new. In our garden, there are mostly tits and sparrows. Max is very fond of birds, he even taught his cat not to hunt them. A magpie, with its beautiful white and black coat, that would be nice to tame, wouldn’t it? Go hop! In two steps, three movements, Max smashes his four o’clock and starts calling him.

It takes a while to make up her mind, but she’s been hungry the time she left home. So she decides to come, in small leaps, her head tilted to the side, as if to keep an eye on him, ready to take to the skies in the event of a sudden movement.

Max remains motionless, he holds out his arm without moving, a real statue! Finally here she decides to peck in his hand. All the crumbs were swallowed up in a matter of minutes. So to thank this generous little human, our little magpie began to sing, of course!

In the evening, the parents were astonished at these flowers which made the balcony so pretty; but they didn’t believe the magpie story Max was telling at all. When we are bored, we let our imagination run wild, it is well known!

Over the next few days they found more and more flowers; the little magpie and the little boy had become great friends and it showed all over the garden. There were now daffodils, primroses of all colors, blue and white buttercups and all flowering forsythias at the same time. Well, spring must be far in advance, the parents thought.

Another month and the whole neighborhood was shining. But the parents still did not believe the magpie story! Undoubtedly an effect of global warming …

And finally, even the school where Max had now returned was all in bloom, from the entrance to around the playground.

And luckily, because when the schoolteacher, witness to the wonder, told it to the dumbfounded parents, we had to face the facts: Max had spoken the truth!

Since then, our little magpie has had lots of friends at school and the little boy’s mother has become a florist; she has the most beautiful flower shop in the whole region; And do you know why?

Well I know it.