Gaspard was a crocodile who didn’t like his appearance. He didn’t like her so much that by day he would shut himself up in a cave to hide from others. 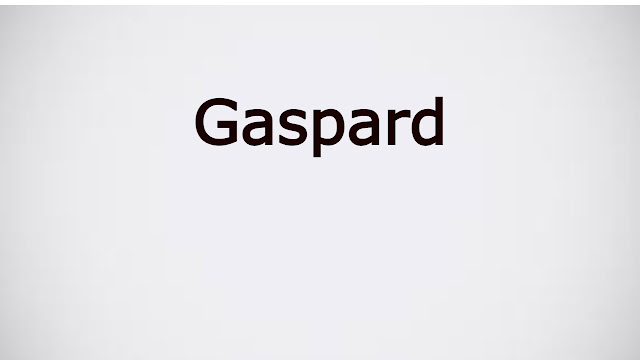 On a moonlit night, he encountered a crocodile who was working as a street vendor. He was selling all kinds of rare items. Gaspard was intrigued by a little seed of enchantment. He got it for a few pennies and walked back proudly to his cave.

He planted it on a small piece of land that the sun’s rays passed through during the day. Lying right in front, he would spend long hours watching it sprout and then spread out comfortably in the space allotted to him.

Gaspard never tired of taking care of it and, thanks to his enchantment plant, his cave seemed to him to have become a haven of peace.

One night he met a hippopotamus. They talked for hours and, as day approached, Gaspard returned to his cave.

Exhausted from his sleepless night, he fell asleep instantly and as he slept a deep sleep he said aloud:

– How I would like to be a cropotamus. It would be less boring.

When he woke up, he was surprised to find that, other than his head, he had the body of a hippopotamus. He was so happy that he strutted in front of the other animals like a child having received a gift.

He would show up, do acrobatics and cry out all the time:

– We get it, said a gazelle. So, stop hammering it loud and clear!

But nothing helped, Gaspard continued to scream with joy until he was exhausted and ended up returning to his cave, his head still in the stars.

The next night he was like a sleepwalker and bumped into the leg of an elephant.

He hadn’t realized it, but he had elephant legs, in addition to his hippo body and crocodile head.

It wasn’t until he woke up in his cave that he noticed it and ran to the other animals.

– I am a cropolephant! he cried, not without displeasing the other animals who began to be more and more surprised by this strange phenomenon in which Gaspard was inhabited.

He was not at the end of his sentence, when a lion made fun of him by provoking him:

– And from me then what could you have? Do one of your magic tricks again!

While the lion laughed at him, Gaspard bit his tail and exclaimed:

– That’s for making fun of me.

Immediately his crocodile tail was replaced by a lion’s tail.

“You are all witnesses,” he said. Here I am now being a cropolephion.

And all, including the lion, cried:

Flattered by this infatuation, he was on cloud nine, his joy was so immense.

Over the days, he befriended the hippopotamus he had chatted with for hours, the elephant he had bumped into, and finally the lion he had bit his tail. Together, they formed an assembly of enchantment to which the other animals soon joined.

Everyone came up with their own suggestions and, as a good leader, Gaspard put in place laws that gave the same rights to both young and old.

However, as autumn came, Gaspard’s enchantment plant wilted and he lost the attributes of his friends one by one.

His lion’s tail was replaced by a crocodile tail.

Its elephant legs were replaced by crocodile legs.

His hippo body was replaced by a stout, scaled crocodile body.

– I do not care ! he says to him. Cropolephion or not, I remain myself!

This was how he addressed his three new friends:

– I’m no longer a cropolephion. But I remain myself.

Then he said to all the animals:

– The assembly of enchantment will remain for a long time yet, for I have a present to keep it going.

And Gaspard, who had a multitude of enchantment seeds from his plant, distributed them to each of the animals.

Then they feasted on days and nights, looking forward to spring already. Gaspard no longer lived alone in his cave, but as a good assembler with his friends, the hippopotamus, the elephant and the lion as well as the other animals.