A childhood dreamAt the end of the path,

He rushes past the artichoke field. 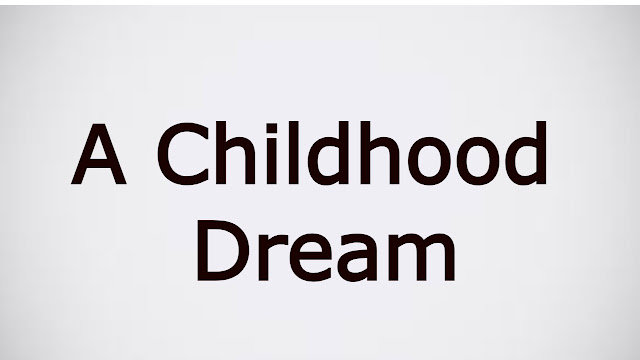 Mom bought him new sneakers, the ones that gallop!

He is sure to smash his own speed record to reach the dolmen.

No need for a stopwatch, the salty air has never messed up her hair so much.

The kid is happy.

He catches his breath at the end of the race, leans against the megalith and then slides down to sit down.

An imperceptible line of the horizon separates the sea from the sky.

Head up or head down?

Regardless, when the waves ride their high horses, sky and sea become one.

If he had wings he could soar off that cliff and fly with the gulls.

That would be the foot!

The child swings his legs in the air, all in his reverie.

– Be careful, Arthur. If you fall, I can’t hold you back!

Puzzled, the kid gets up slowly. He strokes the granite and inquires, hesitating:

A fault on the top of the dolmen takes the form of a mouth and comes to life:

– My name is Eñvor. I am usually as dumb as a grave, but today you are too reckless. I had to intervene.

Forbidden, Arthur does not know what to say.

– Promise me not to get so close to the precipice any more, it’s dangerous.

At this moment, a strange character comes to dispel the discomfort:

– Come on, come on, don’t make those funeral heads! The weather is fine, the birds are singing, high hearts! Let’s see Eñvor, you’re scaring him!

Amused, the young boy sees a pretty, plump red-haired hen come out of the artichoke field.

In response, the newcomer flies to the dolmen table and pecks the child’s forehead.

“I’m Honorine, the cleaner,” she said, before swallowing a huge worm.

Then, with a few disorderly beats of feathers, she jumps to the ground.

Arthur laughed heartily as he saw the casserole waddle in front of him.

– Don’t be kidding, or I’ll make you grow a crest!

– Sorry, he said in a low voice, looking at the tips of his beautiful sneakers.

– Well ! Let’s talk about serious things. Eñvor told me that your dream is to fly.

– It’s not just the walls that have ears, the stones too!

– How can he know? I never told anyone!

– Exactly, he heard your thoughts. Well, what if you told me instead how you plan to go about stealing?

– You are completely unconscious, my friend. Let me tell you the story of Icarus. He’s a young boy who flew too close to the sun with wings his father made. He wanted to approach the star, captivated by so much beauty. The wings did not hold due to the too much heat. He fell and then died at sea.

– Yes it’s sad. This is why you have to put the odds in your favor and think about how to make your dream come true. You have time, you are still young. Go home now, it’s getting late.

After a last glance at Honorine and Eñvor, Arthur takes the way back.

Until the end of the summer, the boy went to the dolmen every day.

He did not see Honorine again.

Eñvor hasn’t spoken to him anymore.

Fifteen years after this magical encounter, Arthur has become a paraglider professional.

Today is a special day.

He is at the dolmen.

He finally leaps off his cliff.

A pang in his heart, he sees the gulls.

They fly by his side.

He looks in the direction of the megalith who smiles at him.

He thinks he can distinguish a hen.