The necessity of using software 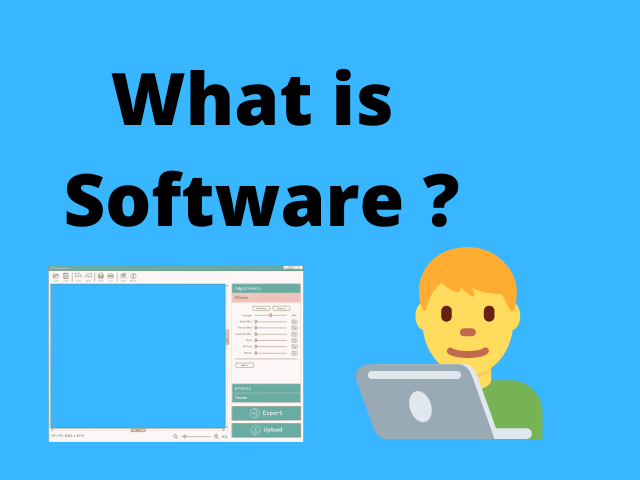 When humans want to use computers for work Humans have to tell the algorithm to the computer. To tell things that humans understand to the computer to recognize And work correctly Needing a medium If compared with everyday life We have a language used to communicate with each other. Likewise, if humans want to convey the desire for computers to know and act accordingly Must have a medium for communication in order for the computer to recognize We call this medium the computer language.
Because the computer operates with electrical signals Can be substituted with numbers 0 and 1. Computer designers can use numbers 0 and 1 as codes instead of commands to operate a computer The code represents data and commands using this binary number system. Computer can understand We call binary numbers that compose a set of instructions and use to operate a computer as machine language.

Using this machine language, even if the computer will understand immediately But human users will have many difficulties Because it is difficult to understand and remember Therefore there are creators of computer languages ​​in the form of letters Is a text sentence The language in this way is called High level computer language There are many high level languages. Some languages ​​are suitable for use in math and science calculations. Some languages ​​are suitable for use in data management operations.

Software is invisible, intangible. But recognizes its operation, unlike hardware that can be tangible

Page 3. What is software?

Software is a terminology that has a very broad definition.

Is an important part of computer systems The computer cannot do anything without the instructions. Because a computer is just a piece of equipment that will not be decided No calculation Or manage any work

How to Recover From a Hard Drive Failure

What is Computer hardware ?